>Isn’t it funny how you mention something to someone and they seemed to have heard about it? The other day Corinne from @exploresacto invited me to sample the wares offered by Community Tap and Table. 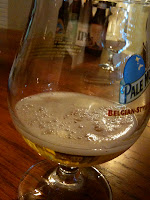 They had a bacon and beer pairing on Living Social recently. Now I’ll bet I just jogged some of Sacramento’s memory and everyone else just went, “Beer & bacon? That’s awesome!”

Emily & Darin welcomed us into their home where many of their events occur. At first, I wasn’t sure about this set up, but they quickly made me feel welcome. It was like visiting a new friend who was excited to share their knowledge of food and of course, beer.

We were treated to five different kinds of beer along with a tapas course for each different kind of beer. On the table was an interesting array of spices. It reminded me of that show on HGTV where the gal has a color wheel with different items in it to explain the different colors that should be on the palate of the room. This was a sensory palate of a different kind.

Now, I know nothing about beer that I haven’t learned from a Sam Adams commercial. But Darin was eager to share his knowledge of not only the process of beer making, but also how to enjoy beer like a fine wine. Did you know that you shouldn’t wash beer mugs in the dishwasher? Apparently, grease from other dishes can stick to them and mess up the flavor of the beer. Want to know if your glass is clean? Get the inside wet then sprinkle salt inside. Wherever the salt sticks is clean. Where it doesn’t, well it’s apparently greasy.

Little tidbits of info like that as well as some interesting recipes like Beer Syrup (yes you put that on pancakes & waffles) are shared while you sip beverages like Lagunitas IPA, Downtown Brown and Brother Thelonius. But the beer is only part of the event. You get to taste homemade ricotta & green tomato jam on sourdough and meatballs that I like to refer to as little balls of heaven. Plus, various spices are passed around so you can pick out that scent/flavor of the beer you are sampling. Yes, I did smell juniper in one of the beers. 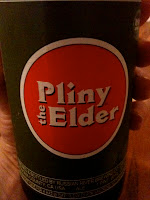 Also, did you know that bitterness is measured in beer?  It’s actually International Bittering Units, but I like to say International Bitterness Units.  Apparently its on a scale from 0 to 200.  We had a sample of the difficult to come by, Pliny the Elder and it was 110 on the bitterness scale.  I wonder how they figure that out?  Is it someone’s job to taste beers and rate it or is there a chemical test like testing for Ph levels?  If anyone tested my bitterness levels they’d be pretty high some days, but regular blog readers would know that…

Overall, it was a fun way to spend an evening. Are you still wondering about the bacon and beer pairing event?

Head on over to the Community Tap and Table website to see when they have a spot available as well as to learn more about what you might experience when you visit Emily & Darin at their lovely house in the Pocket area of Sacramento, join one of their beer dinners at restaurants in the area, or even go on a brewery tour.