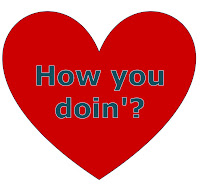 Oh the “woe is me” thoughts are such a bad habit for me. Yes, they are hormone triggered for the most part, but I’ve really got to get control over my thoughts. The worst ones are the “I’m going to be alone forever” thoughts.

No one can possibly know that and forever is a mighty long time, but I’m here to tell you, there’s something else. No, not the after world and I apologize for paraphrase Prince in that last sentence.

I just need to remind myself that being single isn’t awful. Like I’ve said before it’s kind of awesome. Everything is all about perspective and I just need to change mind to focus more on the positive.

No, I’m not going to go all “rah-rah single is always great!” on you. I’m just trying to stop being such a downer.

But, I’m trying to figure out why I’m in such a hurry to get married? Granted, I’ll be 40 sooner than later and by society’s standards I should be put out to pasture, but fuck society. People live until their 90 now. I’ve got 50 years to live still.

It’s just that I wonder why everyone gets all crazy about marriage? Why is it such a huge event? Why is there so much focus put on the bride? There are two people involved in this legal arrangement.

And the money that people spend on it is highly unnecessary. I would rather have ice for my gin and soda than a giant carving of a swan. Better yet, why not use those thousands of dollars to buy a house or go on a kick ass vacation? Personally, I don’t even know 200 people I want to spend more than 20 minutes with much less a day long event.