On Saturday, I will be attending my best friend’s wedding. She met her fiance seven years ago via an online dating site. It wasn’t one of the major ones. It doesn’t really matter because online dating sites are pretty much a means to an end anyway, right? It just makes finding a date more efficient.

I can’t remember the particulars of who messaged who first. I do know that their first date was at a fancy restaurant. I also know that she never worried about him following up. He just did.

This isn’t one of those whirlwind romances where they only dated for six months before deciding to marry. They dated for a few years, moved in together and he proposed last year…he took her to the restaurant where they had their first date.

Also, she had gone through her fair share of crappy relationships and dead end dates. Her dues were definitely paid. He’s a really great guy and I’m very happy for both of them. In fact, their relationship gives me hope that people do actually meet and fall in love like adults, not like a stupid romantic comedy. I swear the media gives us a false sense of what a relationship should be like, but I think that’s a topic for another post.

Speaking of finding a date, I was reading an article about an experiment someone did on OKCupid. Apparently, men hardly ever get messages, regardless of how good looking they are. This made me think that women really should be more proactive in their online dating adventures. I do know that the more I messaged guys, the more dates I had. Sure, they never turned out to be a relationship, but at least I got some blog fodder and had some fun.

Who knows why I am still single… I like to think there’s a cosmic reason. That the right guy just isn’t ready, available, or has to work some other stuff out. I’m trying to be zen about it and let the universe handle it. It’s better than whining, complaining, or worrying.

I’ll try to remember than next week when I’m lamenting in my mind about how I’ll never have sex again. 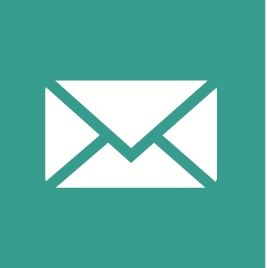