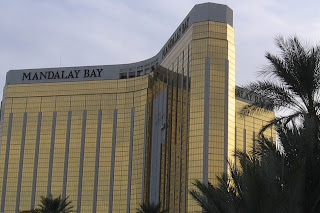 Behold! The lovely Mandalay Bay. The world famous pool area was under construction. It really wasn’t warm enough to hang by the pool anyway. 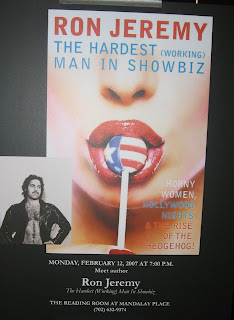 But the bookstore will be having a book signing next week. I don’t quite understand the Americana lollipop in the woman’s mouth, but whatever. Why Americana? Why not something else? 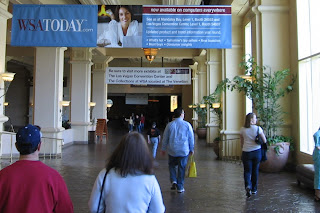 There was a hairdresser convention going on at the Mandalay. You can’t see any in this photo. Mostly the stylists were wearing all back with bright maroon hair. One or two had black hair to match their outfits. They were easy to pick out because the sluttily attired girls (who really aren’t sluts) were all still sleeping off their Tequila Sunrises and the mom’s from Minnesota were pushing strollers. 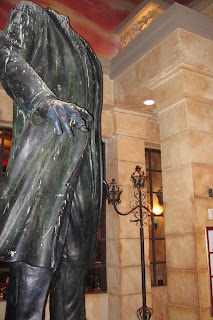 The headless Lenin statue outside the Red Square kinda scared me. Not because it was headless, but because it was so large. I never did get to see the bar made mostly of ice. Things like that are never as impressive as your imagination. 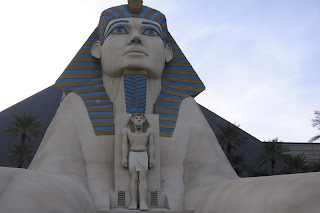 We wandered the sands of the desert to find the Sphinx. Also known as the station for the tram to the Excalibur.

2 thoughts on “>Photos of Las Vegas”