>This afternoon, I saw a tweet that piqued my curiosity. I can’t remember who it was (probably MiniBurgerTruck), but whoever it was (MiniBurgerTruck) was crowing about being nominated for KCRA’s A-List and was soliciting votes. I don’t have a problem with someone being excited about earning a nomination and then marketing themselves to achieve a winning status. 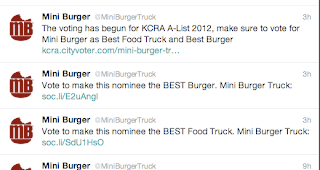 What I have a problem with was that I wasn’t on the Local Blogger’s list and an appliance repair company with a blog that hasn’t been updated in 8 months was on the list! What injustice is this!! Of course, I tweeted angrily about this fact and decided that I would further investigate this travesty.

It was then that I found some random law firm in the list of nominees. They had a blog, but it hadn’t been updated since 2009. Three years?!? What craziness is this? Who is behind the curtain deciding the fate of the BEST Local Blogger in Sacramento? Did they even have a computer without AOL’s dial up service on it?

Then…I remembered that I almost nominated myself for this A-List last year…because you could write in a vote or something.

This is the point where a light descends from the heavens… 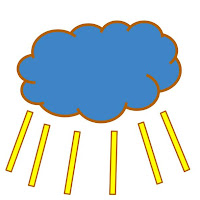 There was no special committee scouring the internet for the best bloggers in Sacramento. It’s all self promotion! Hooray!

A huge weight was lifted off my soul. I knew people didn’t hate me as much as the last guy I dated. They just didn’t know I was out there. So, I A-Listed myself.

And like all people running for office, I would appreciate your vote.  And of course, you have to register to do it…