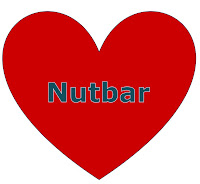 I’ve made a decision about my love life. I’m going to become one of those crazy women who men pretend to complain about. I think I’ll even get a stupid little dog for the sole purpose of torturing my potential boyfriends.

No longer will I take the high road. None of the men in my life deserve it. Plus, those crazy women ALWAYS have a boyfriend or husband.

I noticed on my last date that the more I wished I could flee, the more the guy wanted me. So from now on, I’m just going to barely be aware of whatever man takes me out, expect him to buy me whatever I want, and order him around like a child. Also, I will be asking those inane questions to which there is no answer.

I’ve got some deep seeded habits to overcome. I’ve gotten really good at harnessing my crazy into blog posts, but I think it’s time to unleash hell on the source of my emotions. Like for example, I want to send someone a text that will make him feel like shit because he’s giving me the radio silence treatment for no reason whatsoever. I am not sure how to put that sentiment in the most effective way.

I could try googling it for writing samples, but I’m sure whatever I’d find would either be unintelligible or just plain stupid.

Then again, being a crazy woman sounds like a lot of effort. Besides, I’m lucky enough to say that I don’t have any crazy ex-boyfriends haunting me and I’m pretty sure that’s because I’m not a crazy woman.