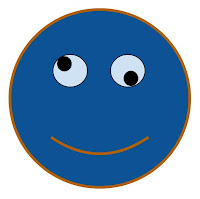 The madness in March starts tomorrow and it really is crazy. Who the hell labeled the brackets?

At first glance I thought maybe there just weren’t enough schools to go round in each geographic location, but I don’t think that’s the case. I’m pretty sure The West is called that because someone was facing west when they were picking the names out of the metaphorical hat.

And of course South Dakota State is in the South bracket because it’s south of North Dakota. It’s just logic!

San Diego State is so in the Midwest just like the NCAA says. I mean we all know Missouri is never considered midwestern by any stretch of the imagination. It’s in the West (if you are living on the east coast anyway).

Now before you basketball aficionados start telling me that all the good teams are in the west and all the crap teams are back east (or vice versa as the case may be) so they had to mix it up, let me point out that doing that makes the labels for the brackets look arbitrary. They might was well be named for planets as much as directions on a compass. I mean who wouldn’t want to root for the Mars bracket over Uranus? Why not just name them after various sea creatures or constellations? We have the Orion bracket leading the pack over the Starfish.

Otherwise, someone might need to tell Florida that they are now in the West.