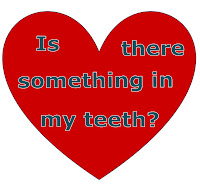 I know this may come to a shock to most of you, but the Internet isn’t entirely evil. In fact, I met some of the most interesting women in Sacramento yesterday all because of Twitter. All of us are single and I think over 30. I’m a horrible judge of age. I’m almost always a decade off in either direction.

Regardless, we all had the same problem with dating. These beautiful, intelligent, funny women would have one date with a guy that seemingly went well and then he disappeared. It makes me feel better to know it’s not just me being blown off after one date. It’s a Sacramento-wide phenomenon.

I still have a real problem with this experience. I would rarely disappear on a guy. Of all the dates I’ve been on, only 3 weren’t worth a second date. Two of the three guys were involved with drugs. The other guy was just epically boring, which I had suspected from our messages and his profile.

My problem is that I keep thinking something must be wrong with me. I mean I must talk with my mouth full of food or smear feces on the walls of the restaurant. Maybe I’m too “nice” and not slutty enough. The first date is really difficult for me to be even minimally flirty. I’m almost always nervous for the first hour. Also, I am horrible at strategy. I’m really good at selling people on things I believe in…wait. Maybe THAT’s my problem. I don’t believe in myself. I don’t believe I’m worth dating. I thought I had worked through that crap.

Then again, why are there some obviously troubled and maladjusted people in relationships?

Sigh. Maybe 2012 will be the year I break through the curse of the second date. I mean if the world is supposed to end next year, I should finally be in a relationship right? Well, if I’m still single on December 20, 2012, you can be sure the Mayans were wrong.