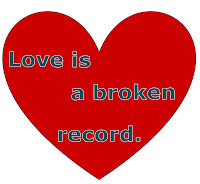 There are certain forms of comedy that are just tired. The whole “take my wife, please” stuff was funny 50 years ago, but hasn’t been since. Women do that stuff too about their husbands/boyfriends. It’s frustrating to someone who is single to hear a married/non-single complain about their significant other in a general way. If they are that awful, just quit the damn field and shut the hell up. This isn’t the ’60s. Divorce is socially acceptable. You know you can break up with a person who makes you nuts, right? It might not be easy, but I can’t imagine that living with someone who makes you want to gouge your eyes out is any better for your mental health.

Also, women, I have a question for you. Why do you ask the men in your life ridiculous questions? Maybe it’s because the longest relationship I’ve been in was under a year or maybe it’s because I’m not borderline insane, but asking a guy what he would do relationship-wise after I’ve died is just a waste of time. Seriously, do the two of you have nothing else going on in your lives that all you can do is dream up insecure scenarios?

I highly doubt any of my friends have ever asked their male counterparts questions like “Does this make me look fat?” First of all, don’t ask a guy or a woman a dumb question like that. If you are really looking for fashion advice, your husband/boyfriend probably isn’t the best source. Here’s my piece of fashion advice to you, if you feel fat in it, don’t freaking wear it. It doesn’t matter what other people think, it’s how you feel while wearing the garment that matters.

And men, don’t think you’re getting out of this that easy. If you ever answer a sane question with “I don’t know,” you deserve to date a crazy woman. Stop the “I’m just a dumb man” cop out. You are obviously smart enough to keep yourself alive every day, so you should also man up and answer a direct question honestly. The “dumb man” card is over played. Too many times I’ve heard that excuse for rude and stupid behavior. You are an intelligent being, so stop pretending to be a dumb animal.