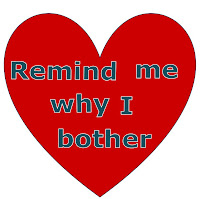 No matter how many times I do it, I’m always nervous on a first date. I might not be agitated before a rendez-vous anymore, but during I’m almost always freaking out…a little bit. I really shouldn’t be shaky because who cares anyway?

Part of the problem is that I don’t trust men…at all. Sorry, but every last guy I’ve gone out with has told me that I’m pretty, fun, smart and of course, he wants to see me again. Every last guy has believed that he was a good guy and not at all like the losers I’d previously dated.  So pardon me if I don’t believe the bullshit you’re foisting upon me.

I have absolutely no reason to trust anything a guy says while on a date. Why should I?

Don’t get me wrong, I’ve had fun on all the dates I’ve been on. I smile and flirt, but my guard is up usually because a guy will start spewing all the rhetoric I’ve heard for the past few decades.

“Oh sure I’d love to borrow your DVDs.”  Yeah, like I’m going to fall for that one again.  Then I’m stuck with some cruddy series about werewolves and a painful reminder of another failure.  I’ll pass on that, thanks.

You want to share your favorite show with me?  That’s sweet, but let’s see if you can make it to date number four first.  I don’t need a chore to go along with the usual heartbreak.

Honestly, I don’t know what I’d do if a guy actually followed up and followed through. A call right after the date? Pretty sure that’s a myth. A second date? About as rare as a blue moon. Third dates don’t even exist in my world. And regular contact via some form of technological communication? That was made up by Disney’s imagineers.

Plus, you people don’t want to read about me being happy.  That’s what your Facebook friends are for, right?

Dating is exhausting, but the alternative is too lonely and sad.  I’ve done it for years and I’m over it.