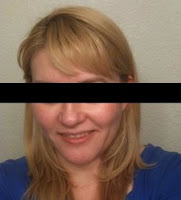 Since becoming an adult, I’ve been told I look like someone famous.  When I’m overweight, I get Kate Winslet. Don’t get me wrong, she’s beautiful.  But in her younger days her face was round like mine is when I think I’m fat and become fat.  Since I’ve changed the monologue in my mind and lost some weight, I am usually told I look like Reese Witherspoon.

Last summer, a guy I dated very briefly said I looked like Ben Stiller’s wife, Christine Taylor.  I suppose I can see that. It’s interesting when someone says I remind them of someone else.  I’ve been told I look like an ex-wife, a cousin and an old friend.  Not all the same person… It seems as though I have a few doppelgangers out there, except I don’t think they’re evil.  Honestly, one of my second cousins and I look like we could be sisters we are so similar.  We even have similar mannerisms.  It’s a little freaky.

But I was talking about celebrity look-a-likes.  A gal I recently met said I looked like Duffy.  Honestly, I had no idea who the heck that is.  My first thought was of Duff from Guns ‘n Roses, but that’s the wrong blonde.  Once I Googled Duffy, I realized what it is that is similar besides the blonde hair and blue eyes.  It’s the bone structure.  I have prominent cheekbones and maybe a strong chin like she does..I think.

It’s hard for me to logically look at my face.  There is some emotional crap I need to overcome for me to see the beauty other people see.  Stupid things people said to me when I was younger stuck with me when I shouldn’t have let it, but I am working on that.  I am thankful for the compliments.