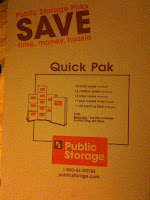 Would someone please marry me so I don’t have to look for a new place to live? That’s awful. I shouldn’t think that. I’m just at a loss of what to do. I really don’t want to move out of East Sacramento, but I’m sick and tired of being poor.

I have decided that part of being a grown up is sacrificing something to get what you want. I want to have a nest egg, so I either need to sacrifice my comfort, my safety or my sanity.

I could move to Midtown where the rents are about half of what I’m paying. Odds are I won’t have air conditioning or parking or a laundry room. I could move to Natomas where I would have all those things, but when I was driving around a few of the neighborhoods this afternoon, it just didn’t feel safe anymore. Am I wrong? Is it still OK out there or is the foreclosure blight taking a toll?

I could move further out to West Sacramento, Roseville or Folsom. My dollar would stretch further, but so would my gasoline bill. Well, maybe not for West Sac. My sister exclaimed when I told her I was thinking of moving out there, “It’s so far away! No one will come to visit you!” Yeah, but no one visits me now, so what’s the difference? Plus, it’s slightly closer to my job and they have better grocery stores.

There is another option I didn’t consider until I was talking to my best friend. “Can you move back in with your parents and save up some money to buy a place in a year or so?”

Long have I eschewed the idea of purchasing real estate. The responsibility of it all scares me…not as much as having kids, but the idea that if a pipe bursts I have to be the one to pay for it and deal with it makes me want to cry.

However, I think it might be an inevitable hurdle I need to tackle in adulthood. Of course, since I’ve been living paycheck to paycheck my entire adult life, I don’t have the means to even consider homeownership as an option. But I could do it. I could move back in with my folks, store all of my crap and sock away enough money to invest it in the down market.

The question is…can I and my parents handle it? That should make for an interesting conversation on a date. Where do you live? With my parents…where are you going?

Although, I can’t seem to keep a man around longer than a date or two while I’m living on my own, so I doubt that my living at home would be a deal breaker.

But the idea of not having much privacy…then again, what do I need that for? It’s not like I’m dating anyone. Would that be a death knell on my fledgling love life? Odds are nothing is going to change in that arena over the course of the next year anyway…so why not just do it?

I probably should talk to my parents about it first…