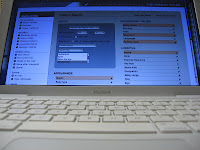 So where am I in the online dating game? No further it seems. The Football Player has faded away. I was of a mind to keep him around because I liked the attention and to practice my flirting skills via text since he never seemed to be available to meet in person, but apparently, my shiny new toy status has worn off. Or his girlfriend finally found out what he was up to or his programming finally failed. Doesn’t matter.

Odds are if I had actually met him in person, he would have been a troll. That’s my luck and why I always insist on a photo of a guy I’m going to meet. While my interpretation of beauty might be broad, I still have standards. I don’t mean they have to be skinny, fit, or even have a head full of hair. I just need to see that they aren’t a little bit off.  I have to be able to get a spark of interest…the hope of possible attraction.

Last weekend, I put up a new photo. How much action did this new look get?

Views: 105
Initial Emails Received: 6
Initials Emails Sent: 1
Replies to my emails: 2
(One of these was the Short Guy)
Winks: 5

Clearly, with the new photo, my stats increased.

Although, the quality of messages has not increased:

Seriously, those are two emails I received. Of course, there was also the guy who said, “Since no one is reading my profile, I am sending part of it to you…”

As enticing as these offers may be to someone of lesser intelligence and deeper desperation, I had to pass.

One interesting thing that happened was that when I sent the canned, “No thank you” message to one of the initial emailers, he said that he was sincerely grateful for the reply. I was flabbergasted and almost replied to him to tell him good luck.

I really wish I wouldn’t get so pissed off when a guy I deem unattractive shows me some attention. There seem to be too many instances in my life when I am quick to anger. Granted, I am a passionate person, but I want to change my point of view. I should be flattered that someone thinks I’m attractive. I shouldn’t be so quick to get offended or think I’m out of their league. I have no league. I barely seem to be playing on a team.