>The other day I realized that everyone secretly likes the fact that I’m single. They feed off the stories of my frustration. Dating is a train wreck and everyone has experienced it.

When you are married or in a committed relationship, you kind of aren’t allowed to be as openly frustrated with your significant other. I am usually complaining about relative or complete strangers, so my venting is socially acceptable. If you vent your frustrations about your significant other, some people will wonder why you bother staying with them.

Some people wonder why I bother dating. For those who only see me picking on the idiot profiles, this might seem to be true. But lets be honest… you aren’t putting up with stupidity like “I’m here to meet new people.” Oh really, Einstein? I’m hear to rehash old wounds with people I already know.

The other point of frustration I have is the fact that EVERY guy says the same damn thing in their profile. Don’t believe me? Look at these screen shots: 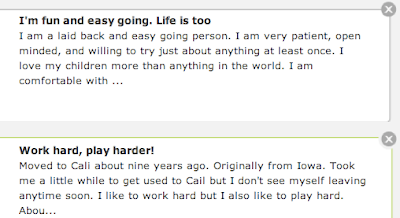 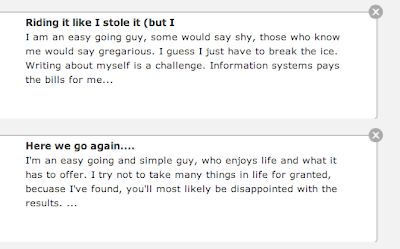 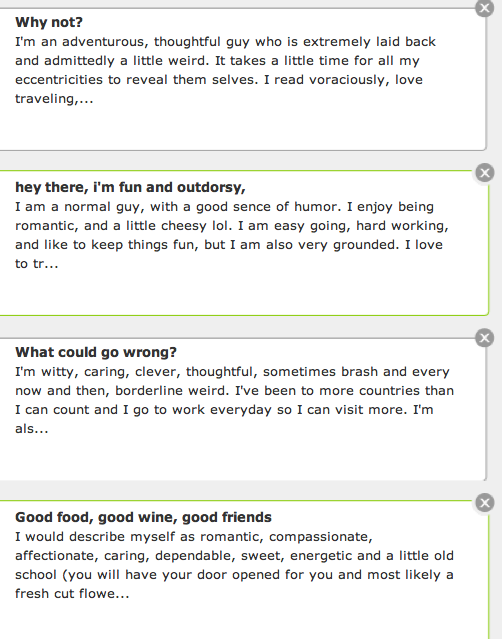 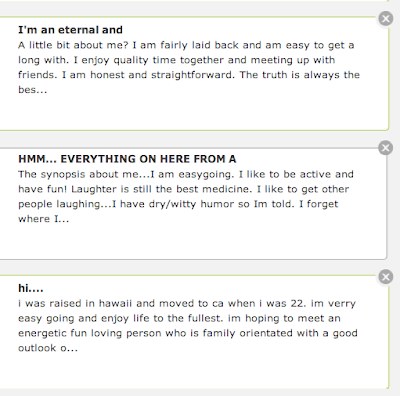 See what I have to search through?  It’s all frustratingly beige.  The problem is that I should probably give the beige personalities a chance.  Maybe they’re not that boring.  Maybe they just aren’t experienced enough to realize that they are listing cliches and saying nothing about them as a person.